Considered one of South Africa’s Pinotage Masters with a personal tally of seven ABSA Top 10 wines, including a finalist for the Hill&Dale Pinotage 2002, Guy Webber is passionate about this home-grown variety and considers it his absolute favourite.
Born in De Aar in 1965, Guy attended Grey College after his parents relocated to Bloemfontein, and it was here that his interest in agriculture was piqued. When his parents relocated again, this time to Pretoria, he enrolled at Pretoria Boys’ High School from where he matriculated in 1983.

Guy was accepted to study at the Elsenburg College of Agriculture and in 1988 received his Diploma, in the first class, in Viticulture and Horticulture and a Diploma in Cellar Technology. He started his working career as a Trainee Technical Assistant with Gilbeys in Stellenbosch and then spent a further six years honing his winemaking skills at Clos Malverne and Devon Hill Winery. It was during his later tenure at Stellenzicht Vineyards that the Hill&Dale range of wines was launched in 2003. Over the years, he received his certificate in Wine Judging from the Cape Wine and Spirit Education Trust and became a member of various wine tasting clubs and committees.

Our philosophy is to create a range of accessibly-styled and -priced wines with world-wide appeal while maintaining and showcasing their Stellenbosch origin. 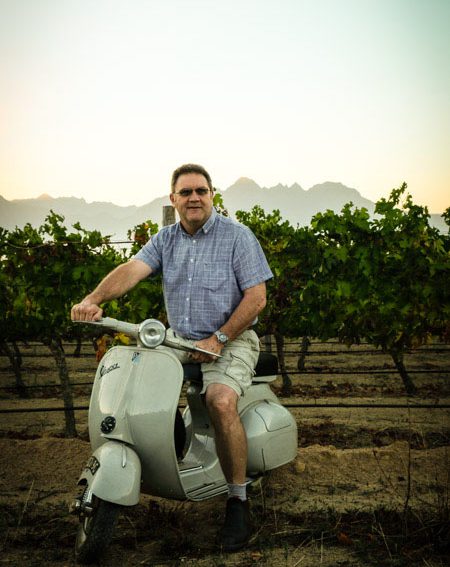 Our story dates back to 2001 when the first Hill&Dale wines were made and introduced to the market in 2003.
It is the delicate balance between the team’s passion and sourcing the finest Stellenbosch grapes that allow our wines to be modern and unpretentious, yet classic and authentic.

The Stellenbosch district is the second oldest in South Africa, after Constantia, and is responsible for around 14% of the country’s wine production. The area is surrounded by the Helderberg, Simonsberg and Stellenbosch Mountains and is exposed to climatic influences from nearby False Bay. The bay tempers the climate and keeps average temperatures during the summer growing season to around 20-25 degrees C.

Vineyard soil types range from decomposed granite on the hillsides near the mountains to sandy, alluvial loam in the valleys near the rivers. Wines from the Stellenbosch district are well known for top quality production that demonstrate terroir distinction.

Hill&Dale Wine will be attending CapeWine 2018 in Cape Town 12-14 September 2018 where we will be meeting up with our distributors and clients, and showcasing our new packaging and branding. We hope to see you there! 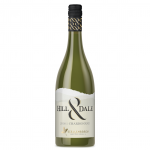 Look out for the all new Hill&Dale branded wine in your local shops or supermarkets! We think it looks lovely, don’t you?

How To Order Online? (South Africa Only)

Where To Buy Hill&Dale Wines

You can find our wines in most of the major supermarket chains countrywide.